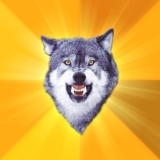 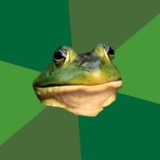 Okay Guy, also known as Okay, is a black and white line drawing of a face that was originally part of a blank, editable, four-panel cartoon. The character says “Okay” to things that most people would not consider to be okay.

The cartoon usually contains a verbal exchange between the Okay Guy and another character that culminates in the Okay Guy saying “Okay”. Some variations of the meme have Okay Guy decorated to resemble various other characters or people, depending on the contents of the comic strip.

As the meme has developed, it has often been changed to the format of a single panel, with Okay Guy or some other character saying “Okay” . Newer versions of the meme contain the Okay Guy’s head on a background of a blue variegated starburst pattern.

The single panel version of the meme has yet to fully take off or develop numerous examples at this time. Generally, the four-panel version still has more examples. 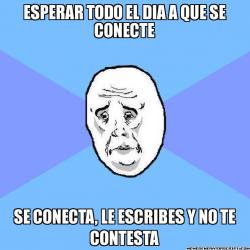 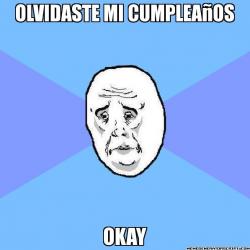 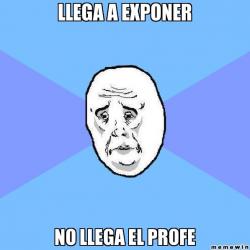 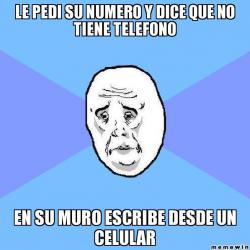 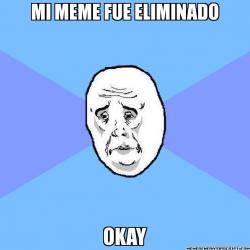 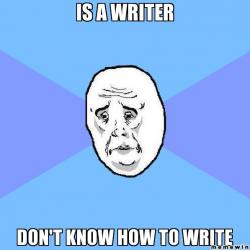