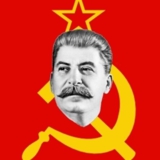 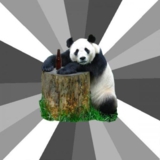 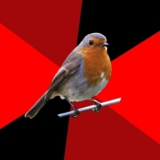 Lame Pun Coon is one of those memes that pretty much says it all in the title. This meme consists of a raccoon who spouts off lame puns, as raccoons are often wont to do. And really, are there any puns that aren’t lame?

This raccoon is also known as “Pun Coon” or alternatively, “Bad Joke Raccoon”. The striped fellow has no problem taking topical issues, current events, or various colloquialisms and turning them into bad humor. The world at large contains all the subject matter he could ever hope to have.

The original photograph credit goes to Sarah Hunt, and the photo itself was posted on Flickr in 2007. It was not until 2010 when the meme began its spread. Lame Pun coon jokes have spread across the internet in various locations. There is also a version of Lame pun Coon called Fuck Yeah Lame Pun Coon.

The raccoon’s head is shown in the center of a variegated blue and white sunburst background. The raccoon has his mouth open as if he is speaking.

Puns have been lame pretty much since they were invented. Even little kids groan when puns are used sometimes. Everyone has been stuck somewhere with someone who insists on turning everything into a pun. It is a horrible experience, and most of us have, at one time or another, had to give the courtesy laugh to the person telling the pun. It can be quite painful, and this meme captures the awful humor that is contained in puns.

Notable examples of the text included with this meme include: “energizer Bunny arrested – Charged with battery”, and “What is Mozart doing now? De-composing”.

Virtually all of Lame Pun Coon’s witticisms can be followed by the proverbial bah-dum-bum that often accompanies bad jokes.