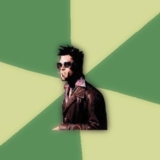 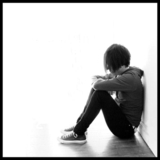 To understand this meme, it is important to be able to know what eighth grade girls are like. Perhaps you once were one, or maybe you just knew one. Whatever the case, this genre of young female tends to think (key word “think”) they know everything about everything. The other thing about eighth grade girls is that they sometimes get it wrong, and this meme celebrates that.

The way this meme is set up is generally focused around a song or music. The first part states the artist or song and a question mark. The second line very clearly indicates that the speaker is utterly clueless about the topic. The second line usually attempts to sound as if the person knows what they are talking about, but totally misses the mark. For example, “John Lemon is my favorite Beetle”, and “Beethoven’s 5th? Is he alright to drive home?”.

The humor of the meme is in the total ignorance of the subject at hand. Many people have encountered those who think they know everything but end up being quite wrong, and Musically Oblivious 8th Grader celebrates that to the nth degree.

The infamous meme was generated by Tumblr user by the name of Grace, who thoughtfully used her friend Emileina as the subject for the meme. No word on Emileina’s feelings about this, nor her musical knowledge.