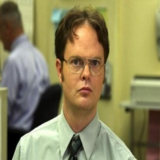 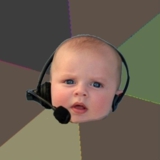 P Diddy finds one do

A not so distant cousin of Courage Wolf, Insanity Wolf tends to lean towards advice based on shreddibilty of victims and a high percentage of suggestions for rape, disembowelment, various forms of death, and all other related psychotic and insane actions. Facebook even has an app for Insanity Wolf, and this meme was at one time the sixth-ranked meme on The God Tier at memegenerator.

There is a three year difference between the surfacing of the photograph that spawned Insanity Wolf and the actual inception of the meme, the former appearing in 2006 and the latter originated in 2009. Oddly, an interesting bit of trivia – the wolf’s pre-insanity image was included in a printing of The Hound of the Baskervilles in 1999. No one knows the true origin of the photo, but it is assumed that it is of the stock photograph category.

Insanity Wolf pictures a dark, almost black wolf in mid snarl/bark. The jaws are open, teeth visibly showing, and the eyes are wide and have a psychotic glaze to them. The photographer did a very good job of capturing a near-human, non compos mentis-type of look in the eyes of the canine in question. 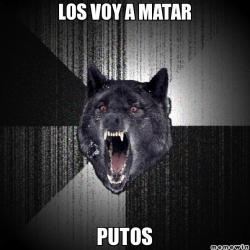 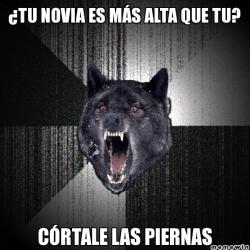 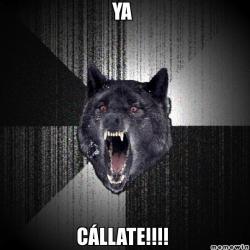